Evaluation of the Multi-Jurisdictional Telepathology Project

The Multi-Jurisdictional Telepathology (MJT) Project involves implementation of a software solution and technical infrastructure to support secondary consultation workflows between pathologists across provinces. The first phase of the project, the...

The HEALTHe NL Viewer is a portal that provides authorized health care professionals in Newfoundland and Labrador with a single point of access to view patient information available in the provincial electronic health record. This evaluation...

Evaluation of its Representativeness to the Population of Newfoundland and Labrador

Newfoundland and Labrador Pharmacy Network: Lessons Learned from the Implementation of a Provincial Drug Information System in Newfoundland & Labrador 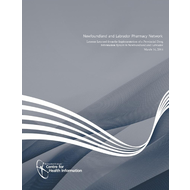 The Newfoundland and Labrador (NL) Pharmacy Network is an on-line record of prescription drugs filled within the province. It is one of the key components of the provincial electronic health record (EHR). The purpose of this study was to examine... 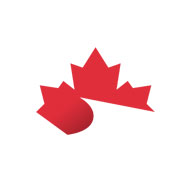 This article describes a survey of the expectations physicians in Newfoundland and Labrador had of a Picture Archiving and Communications System (PACS) both prior and post its implementation. Article available in English only as published in...

Effective #DigitalHealth depends on data that can flow freely. In our recent blog post, we take an in-depth look at… https://t.co/Csm2rEWRfg

Digital Health Working for You.